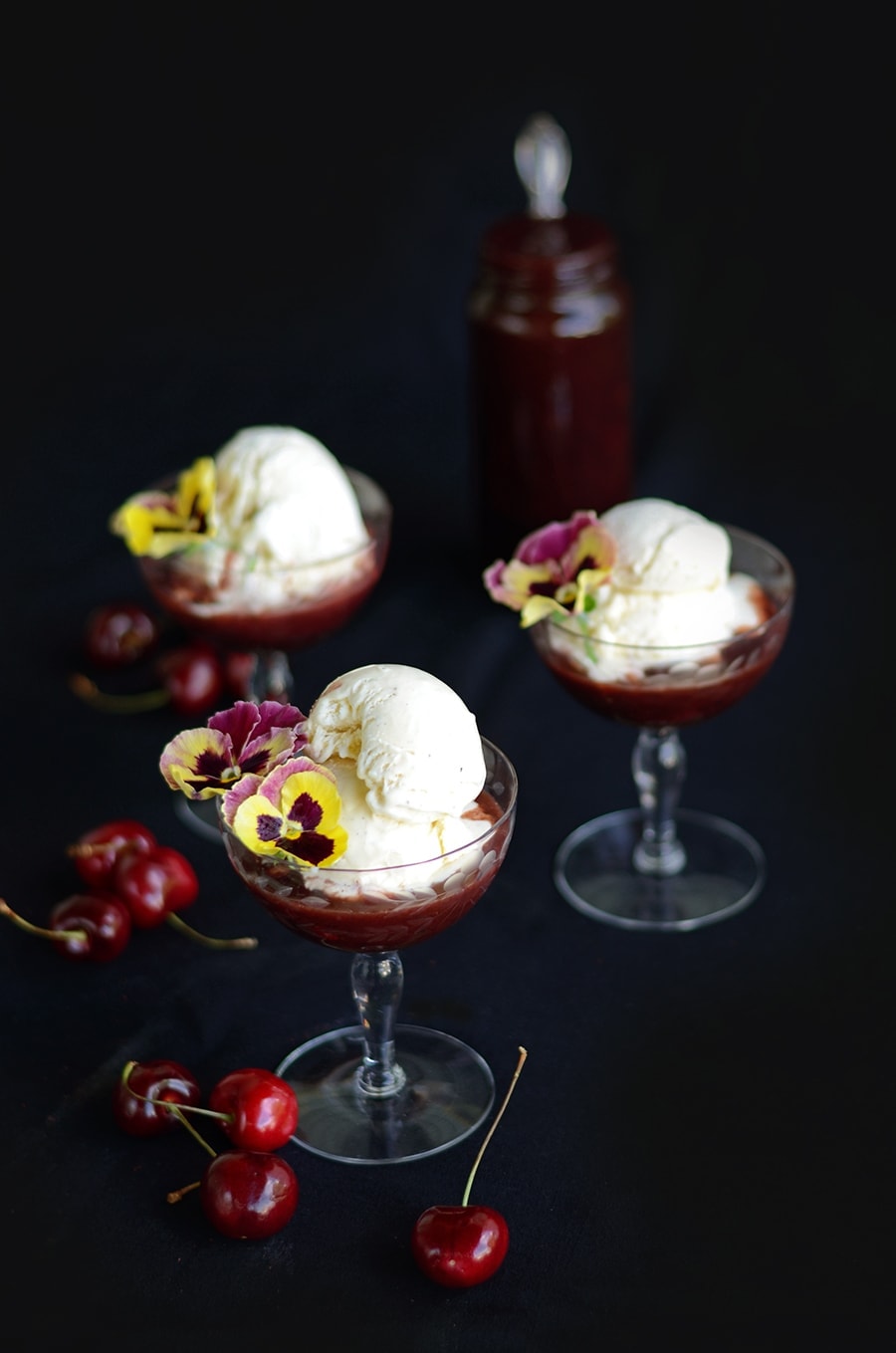 Grilled Cherries in Spiced Butter Rum Sauce is an unexpected cookout dessert that will wow your guests. It’s a simple and delicious sauce that is great on many desserts.

Who knew you could grill cherries? Proof that everything is better barbecued, Grilled Cherries in Spiced Butter Rum Sauce will steal the show at your next shindig! 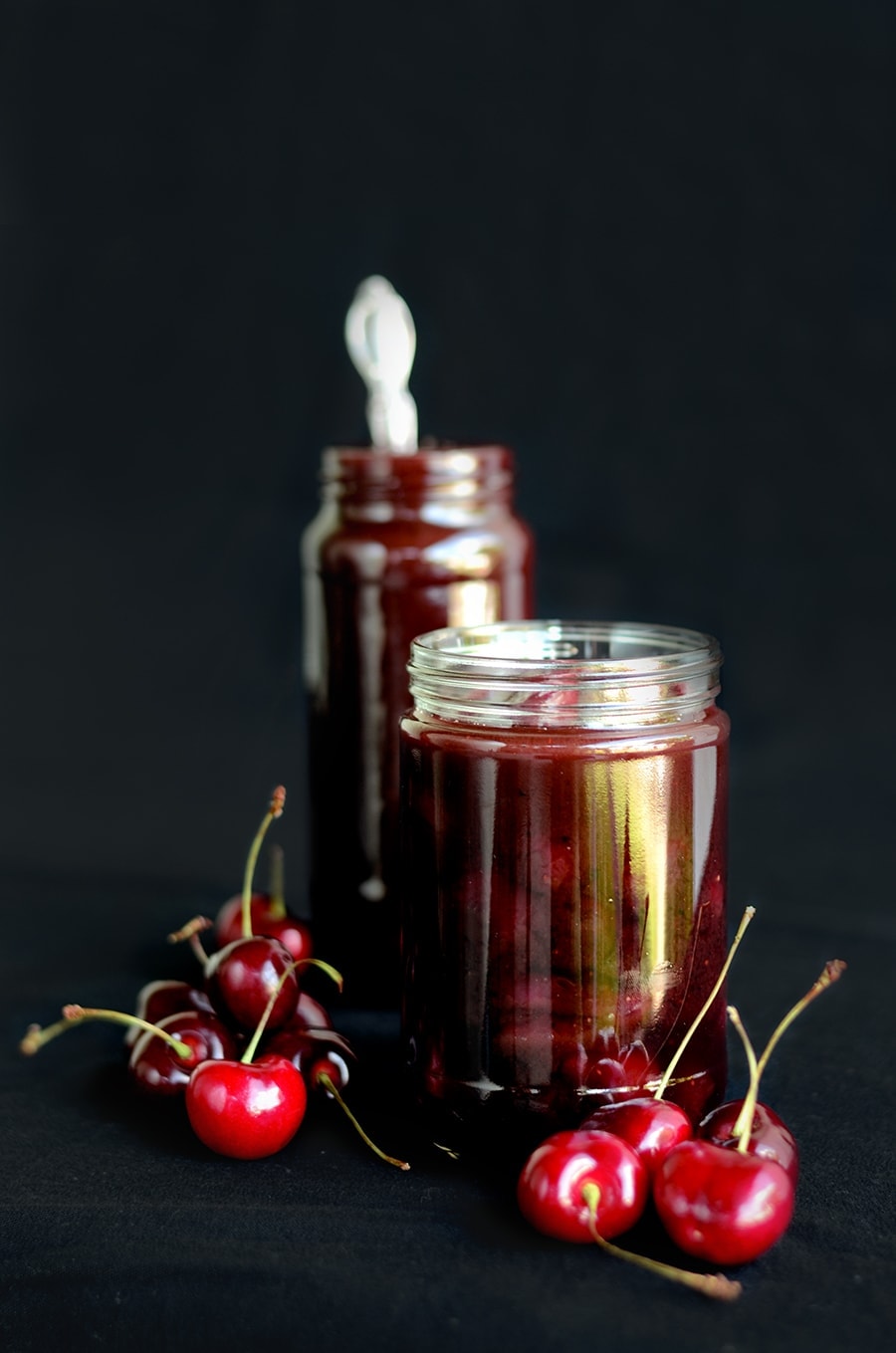 It isn’t summer until your hands are stained from pitting cherries. It’s like a rite of passage. And if you’ve never done it, you are missing out. There are some things you should do by hand, like kneading bread, picking crabs, and chopping vegetables. The hands-on approach brings you closer to your food, and understanding its role in your life.

So, there are little red specks all over my kitchen, but I can now say that it feels like summer! As if all the weeding wasn’t enough to clue me in!

It’s not that summery things aren’t happening here in West Virginia… The day lilies are blooming, squash bugs are working valiantly to take out my cucurbits and our Siberian Husky is leaving tufts of fur EVERYWHERE! 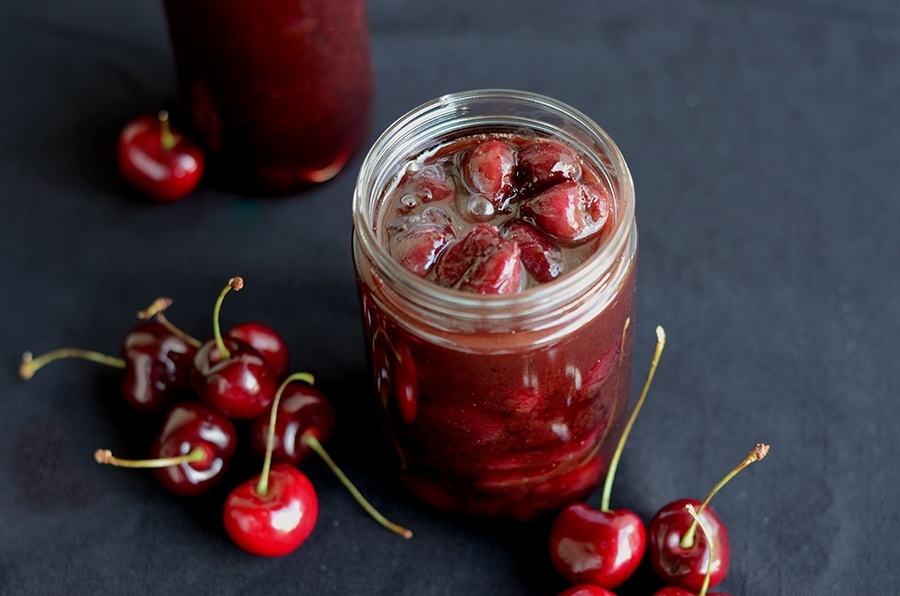 But cherries are special. They aren’t always available like strawberries. And frozen ones aren’t the same. So when they’re in season, it’s time to celebrate!

I’ll bake some cherry pies (my favorite), make some cherry walnut muffins and some might go into ice cream. But I thought I’d make something simple and elegant for the #CookoutWeek finale! 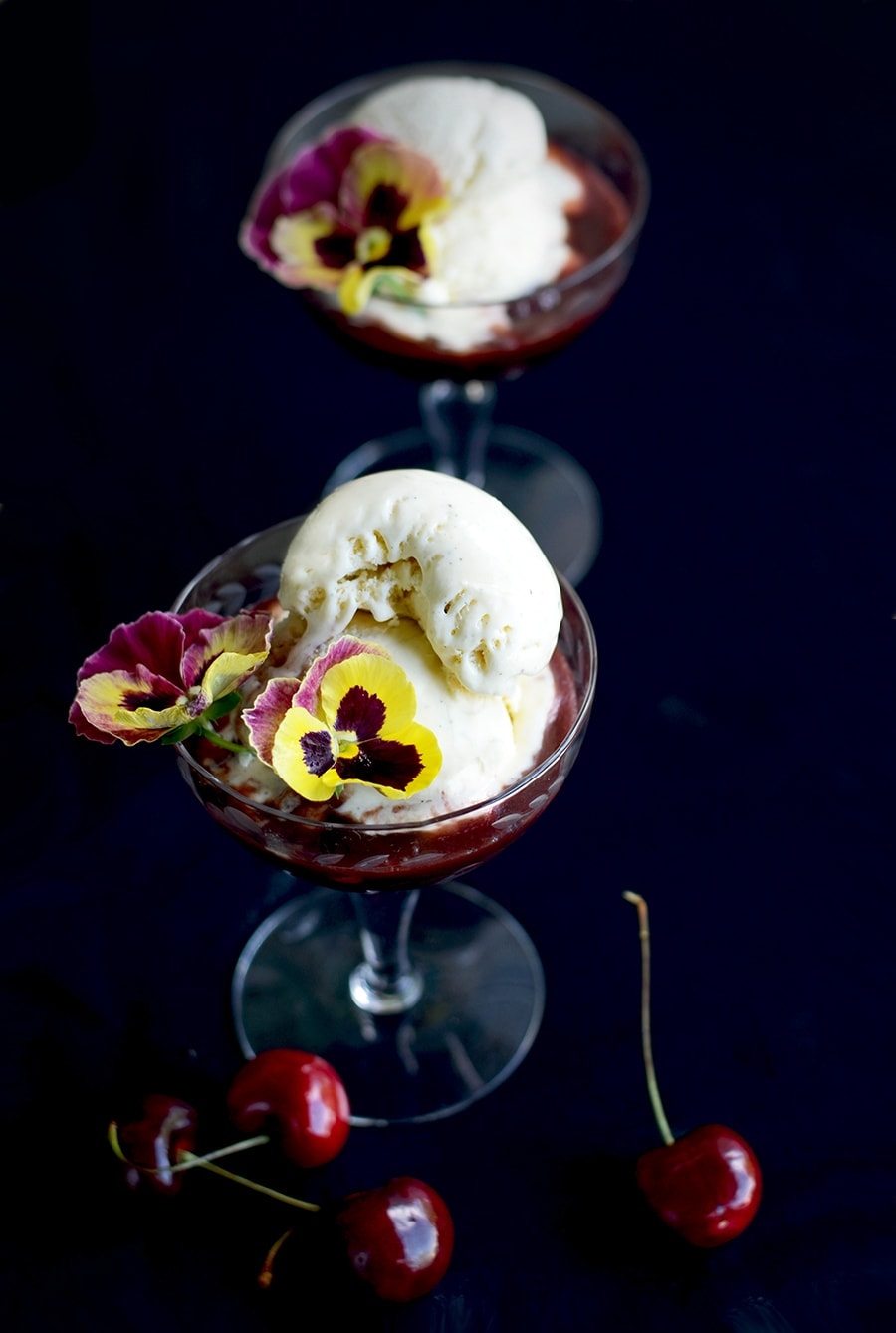 Who doesn’t love an uncomplicated, summer dessert? This dessert sauce is just that. It can be made on the grill and served in a multitude of ways. We had it with vanilla ice cream, but it would be great over pound cake, cheesecake, or pudding too.

Making this sauce is so easy! Pit your cherries (you’ll need one of these) and then grill the cherries until the skins are charred and the fruit is soft and ready to burst. Next, you combine the cherries with butter, sugar, spices and rum to make a thick, syrupy sauce.

I used three star Ron Del Barrilito rum that we brought back from Puerto Rico in January. This fine, aged rum intensifies the smokey flavor of the grilled cherries and OMG is it exquisite! Buttery, smooth and deep red. 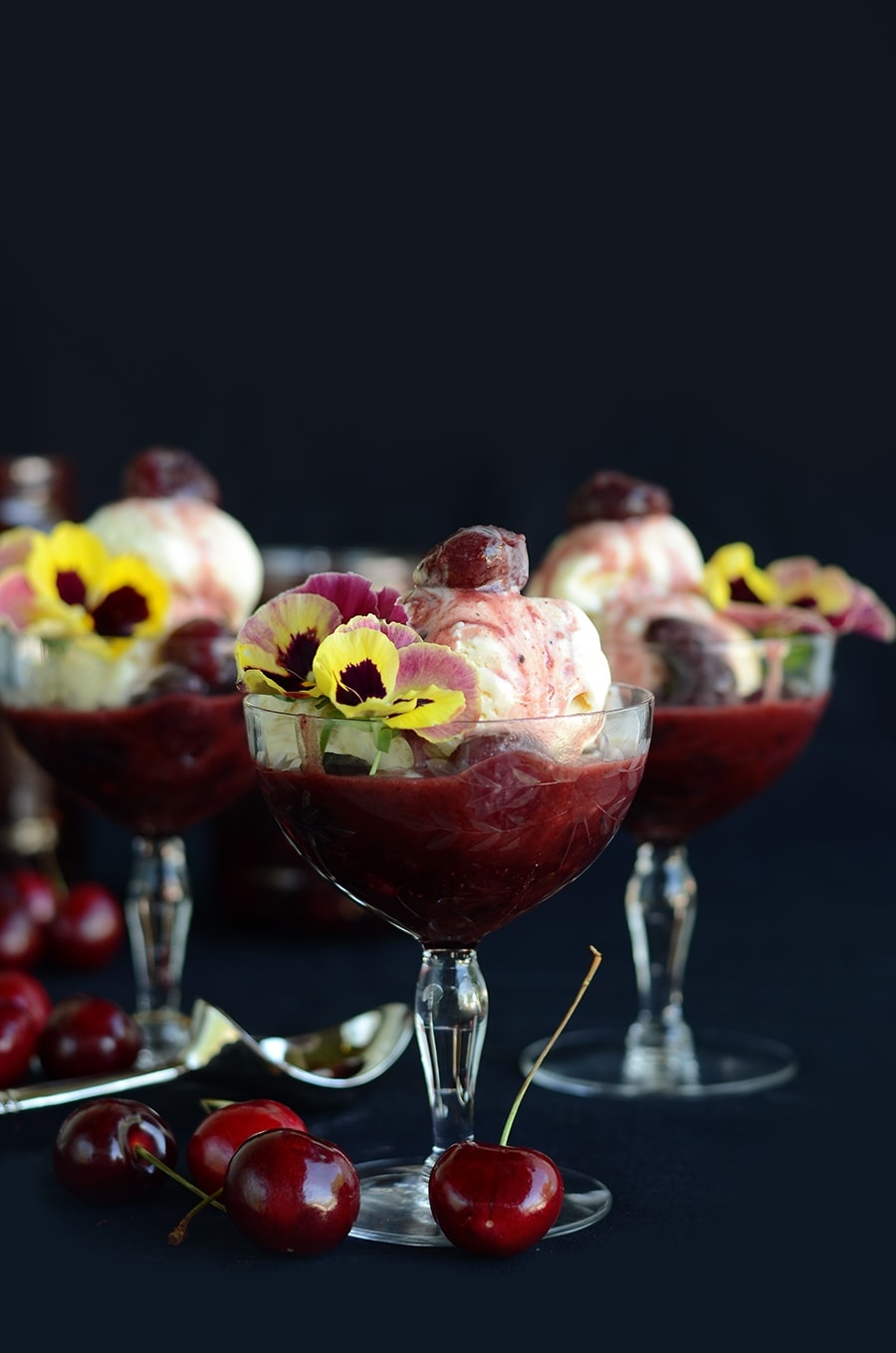 And boy was it awesome over ice cream! We put it in some cute glasses I found at the thrift store. Didn’t even realize until after I photographed them that there are cherries in the etching! I guess this post was meant to be!

Well, I can’t believe #CookoutWeek has flown by so fast!  It’s be lots of fun and I’m sad it’s almost over, but excited that I have the holiday weekend to try some of the recipes posted by my fellow bloggers.

Don’t forget to enter the GIVEAWAY which ends TONIGHT!   Good luck and have a happy and safe 4th of July! 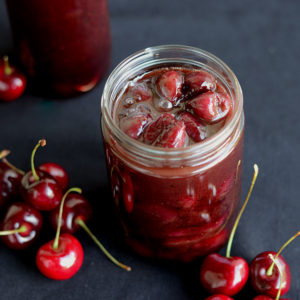 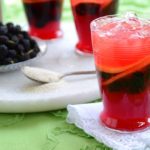 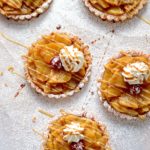