Whether you call it a tea cake or bread, this Orange Poppy Seed Bundt Cake recipe is a keeper. It’s buttery, moist and the sweet almond glaze locks in the freshness. 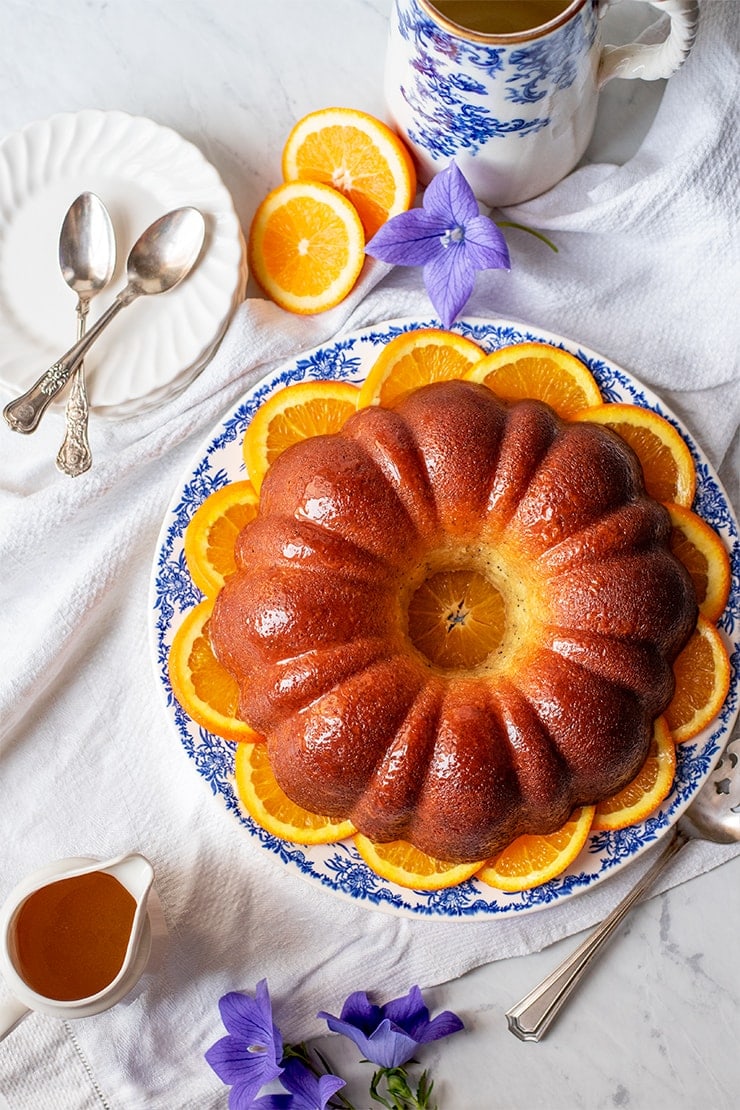 #MyVintageRecipe is a series that documents the anthropology of food one recipe at a time. My hope is that these stories will help us better understand how the food we eat plays a vital role in our personal lives and tells a larger story about the cultural impacts of food traditions. Every recipe has a story. Do you have one to tell? Email me at kitty@vintagekitty.com 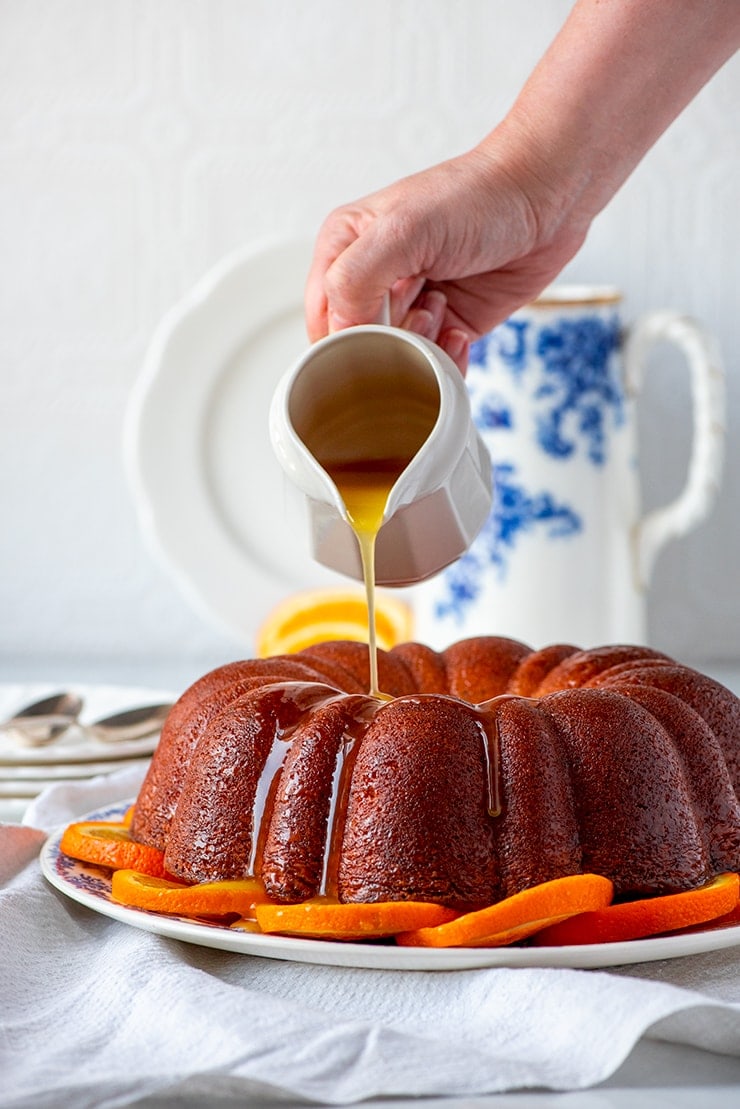 I’m so excited to share another #myvintagerecipe feature with you! Just like the recipe for Foolproof Pie Crust, this gem comes from my mom Suzanne’s recipe box. The story is so cute I know you’re going to love this Orange Poppy Seed Bundt Cake recipe before you even taste it!

Cue the dream music taking us back to the 1980s. I’m attending Herndon Elementary School in Virginia and I’m probably 6 or 7? I only attended this school for a few years… so in the 1982-85 range?

I have a dorky bob with long bangs and most of my clothes looked like something that Ernie the puppet would wear. Hideous stripes were in and most of the girls didn’t look much different from the boys….unless you were wearing a dress for picture day…for some reason they almost all had high Victorian collars and a hideous plaid.

But I digress. I was young and what do young kids do? Go to cheesy school fairs. You know the kind of thing….dunk tanks, pony rides and games to raise money for the PTA or library books. 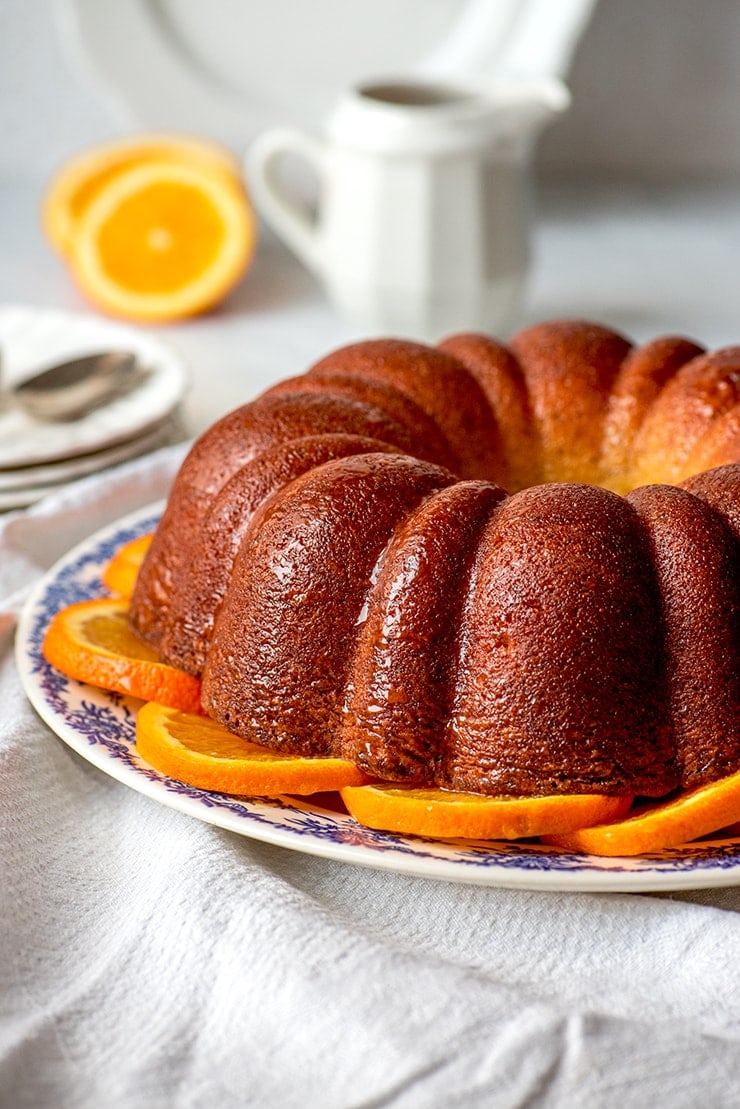 So, we’re at the Herndon Elementary school fair and my mom, bless her heart, made us all do the cake walk until we each had a cake to take home. Overkill right? But my tiny, just under 5 feet tall mom inherited the family sweet tooth and wanted ALL THE CAKE.

Round and round I went until I landed on a winning number. I don’t remember having fun or even which cake I won…but I sure enjoyed sampling the cakes! 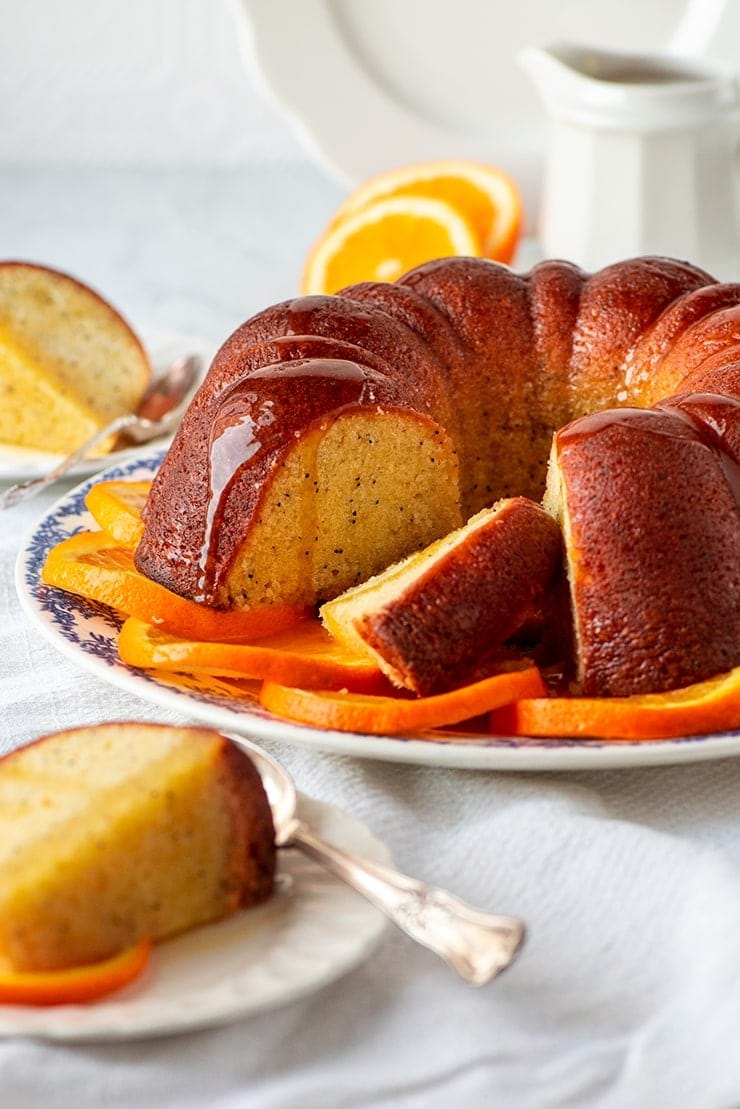 One of the cakes we won that day was this Orange Poppy Seed Bundt Cake. And the person that baked it was kind enough to attach the recipe!

The cake was delicious with a pound cake texture and flavored with an orange almond glaze.  I remember mom making the cake often because it was an easy recipe plus great for family events, potlucks… anytime you need a cake that will feed more than 12 people. 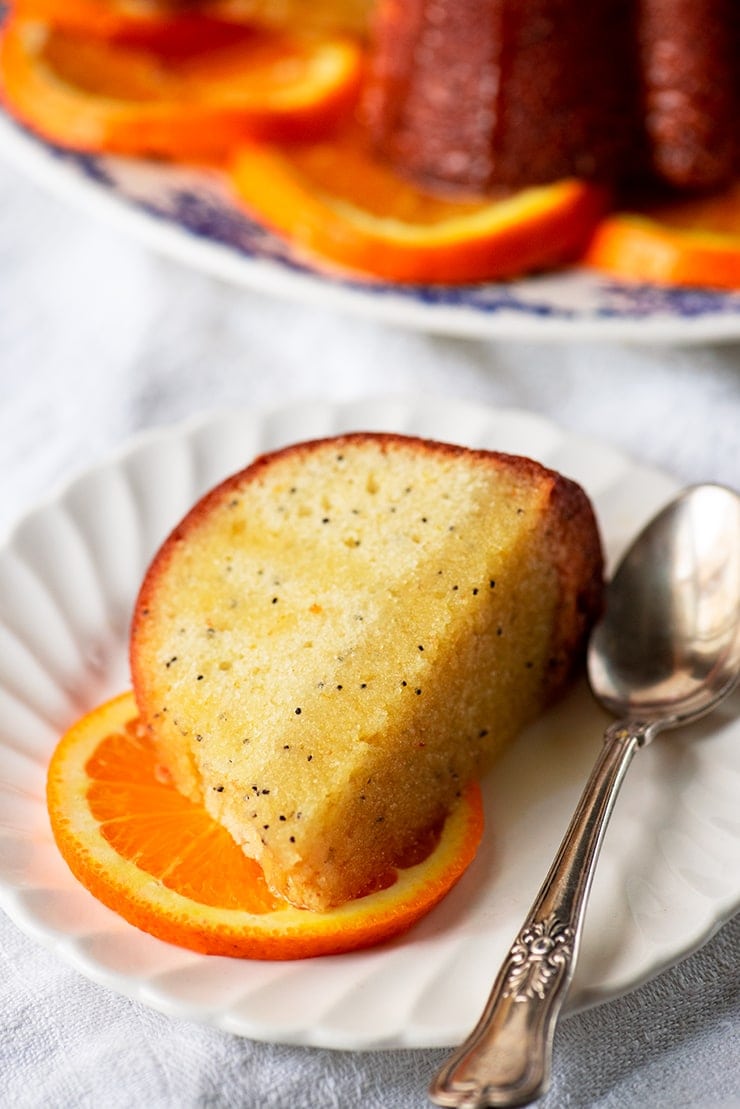 Last year I asked my mom for the recipe and I was shocked to find out she copied it down to another recipe card and threw out the original card that came with the cake.  Other than the recipe, I’m not sure if the baker left their name, where they found the recipe or any other details.

Oh well…spilled milk, right? So, I popped on the internet and found what I thought was the same recipe on Taste of Home with the title Contest Winning Poppy Seed Bundt Cake.

I baked the bundt cake and it was just like I remembered… citrusy and just sweet enough with a lovely crust on the outside. My only issue was the butter flavoring, because I’m not fond of fake flavors. So, I made a few small tweaks to the recipe and was ready to publish….

Then mom finally sent her recipe and turns out it’s slightly different than the recipe from Taste of Home! 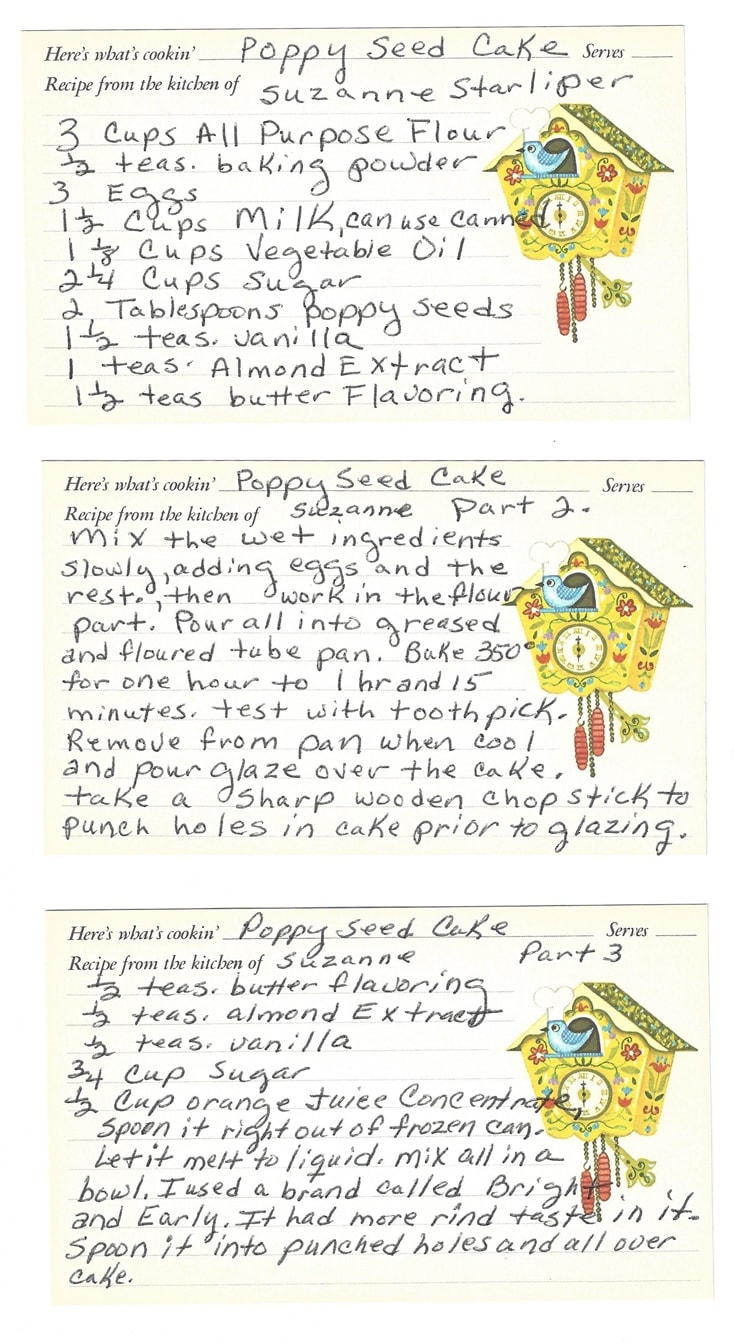 So, I went back to ye old internet to see if I could find out more. I discovered four other iterations of the cake, all using almond extract, butter flavoring and milk.

With similar recipes in Maryland, Virginia, Kansas and Nebraska, was the original recipe published in a cookbook? If so, I couldn’t find it online. I looked in vintage recipe databases, some old cookbooks, vintage baking ads but found no mention of this cake before 1985. 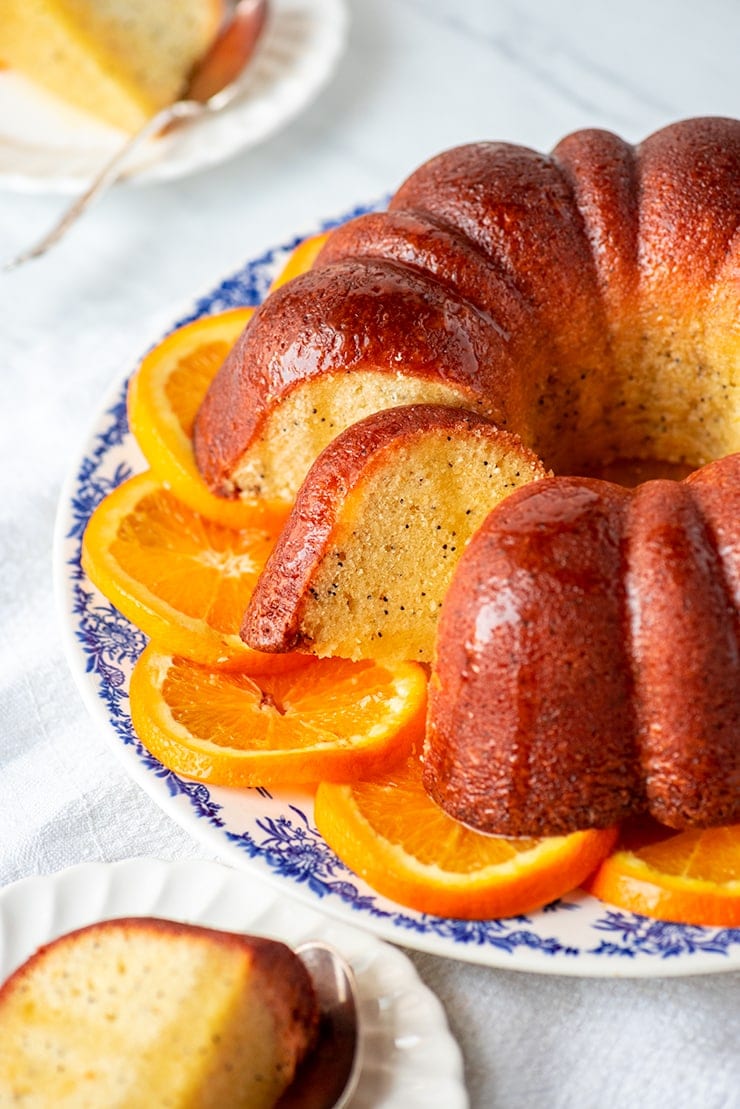 I’m at a dead end, so it’s a great opportunity to crowd source this lovely recipe. Let’s do some recipe sleuthing together! Can you help track down the person who baked this cake for the Herndon Elementary School Fair? You, my awesome readers, might be able to fill in the gaps in the story.

Do you know someone who had a child that attended Herndon Elementary in the 1980s? Or possibly someone who taught there?

Maybe you have a copy of this recipe? If so, where did you find it? Send me your clues! 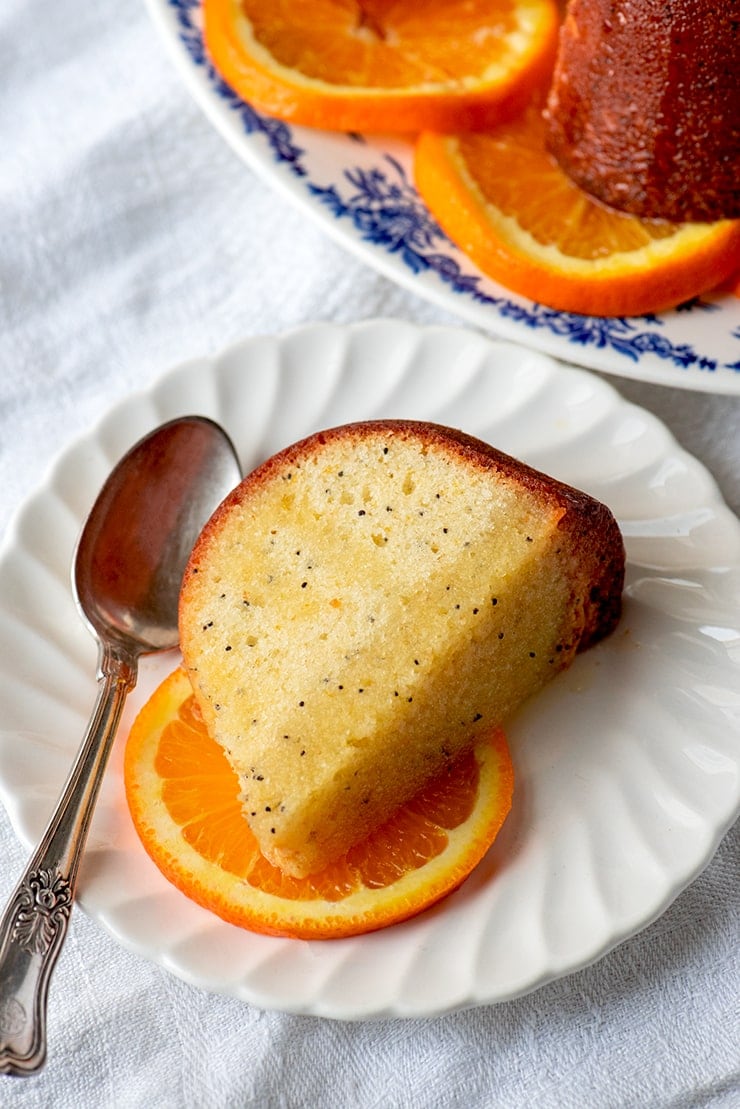 In the meantime, I’ll leave you with my version of this recipe. I didn’t change much because it’s a great recipe to start with! The first thing I did was eliminate the butter flavoring in favor of real butter, both in the cake and the glaze. I think it made a more airy crumb and the glaze a little more thick.

I also added orange zest to the batter because I used freshly squeezed orange juice in the glaze. My mom likes to use orange juice concentrate, which is great too, but I never have it on hand and almost always have oranges in the refrigerator. And because booze is awesome, so I added a little orange liqueur to the glaze to deepen the citrus flavor.

Subtle changes, but’s it’s pretty much the same delicious, easy to make cake that’s perfect for holiday parties and potlucks! Hope you enjoy this recipe as much as we have over the years! 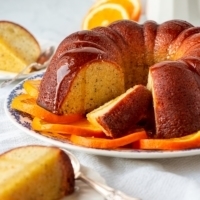 A similar version of this recipe has been in my family since the 1980s. I've made a few small adjustments to make it my own, but it's just as delicious as the ones my mom would bake. It's moist, keeps well and one bundt cake can feed a crowd!
5 from 9 votes
Print Rate
Course: Dessert
Cuisine: American
Prep Time: 20 mins
Cook Time: 1 hr
Total Time: 1 hr 20 mins
Servings: 16 servings
Calories: 222kcal
Author: Charity Beth Long

Love to bake from scratch? Check out all our cake recipes! 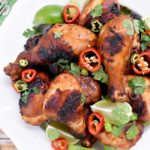 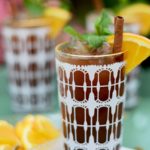