Maple Bacon Cupcakes are a deliciously sweet and salty treat. With pancake flavored cake and fluffy maple buttercream frosting, these made from scratch cupcakes are a must have dessert! 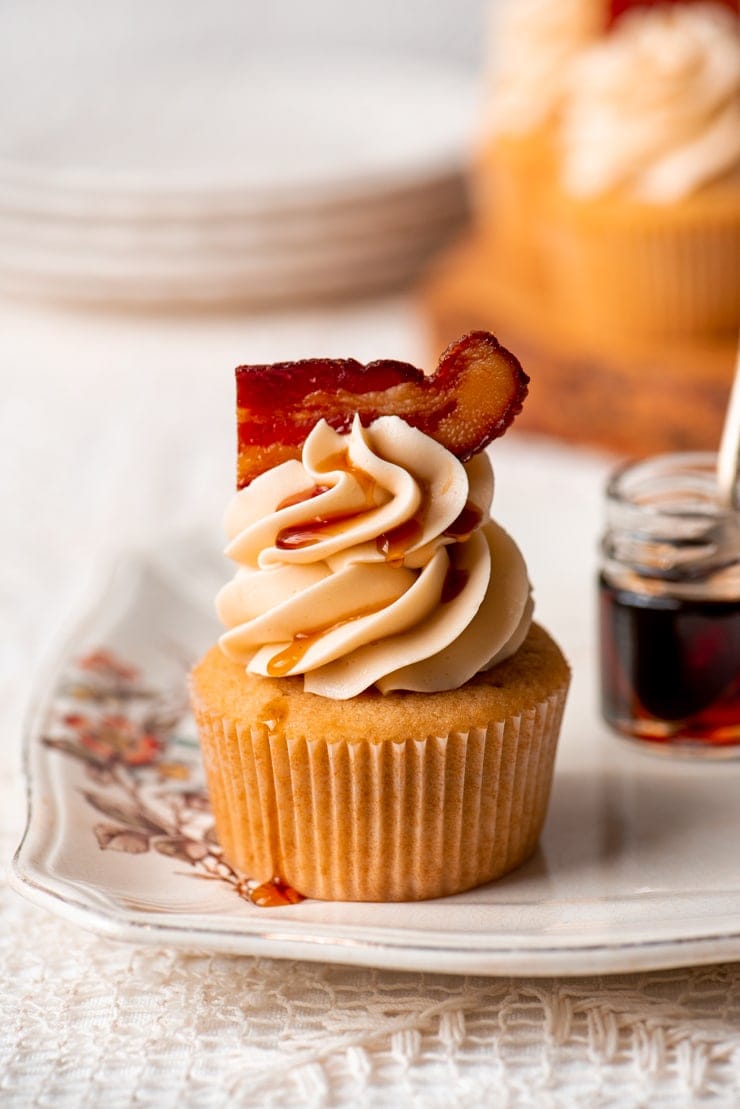 But I also have a fondness for maple syrup and it’s versatility. I’ve used it in pumpkin spice cake, to baste a whole spatchcock turkey, and in maple walnut pie.

I must admit, when the whole bacon dessert craze happened, I wasn’t that into it. Then I had a maple bacon donut at Duck Donuts while on an Outer Banks vacation and my mind was forever changed!!!! 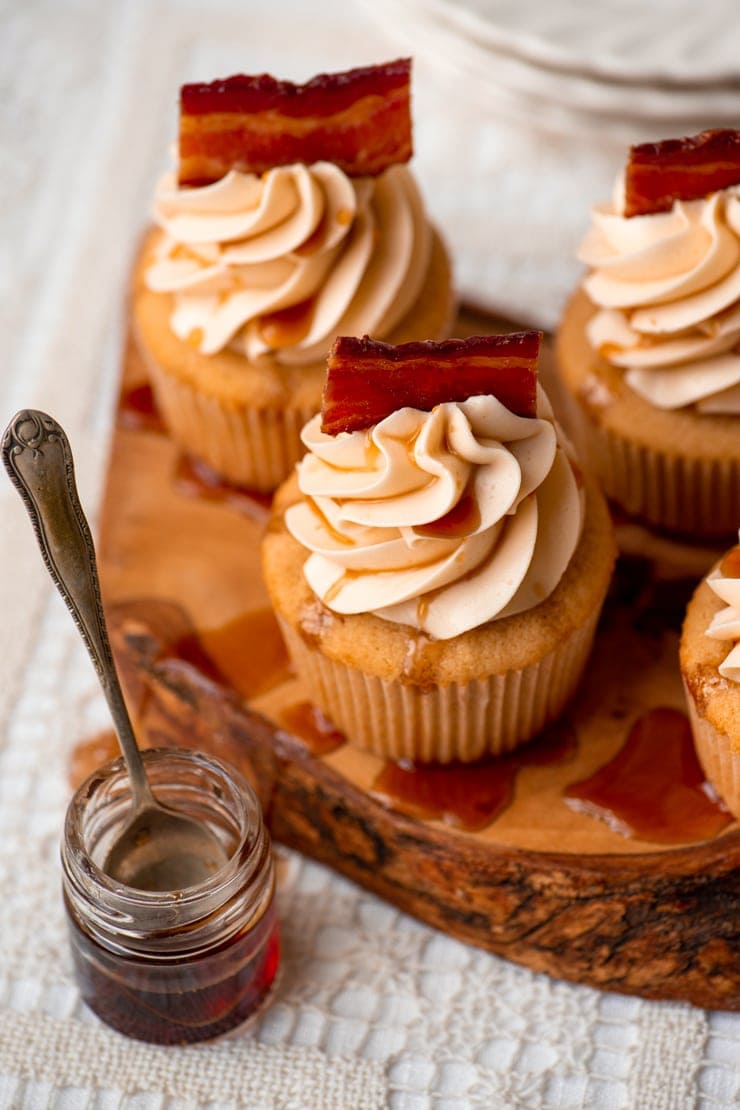 The combo of rich maple syrup with salty bacon is addictively delicious. So, a couple of years ago I made maple bacon cupcakes for a party.

The cupcakes were a huge hit so I’ve been testing and perfecting the recipe ever since. 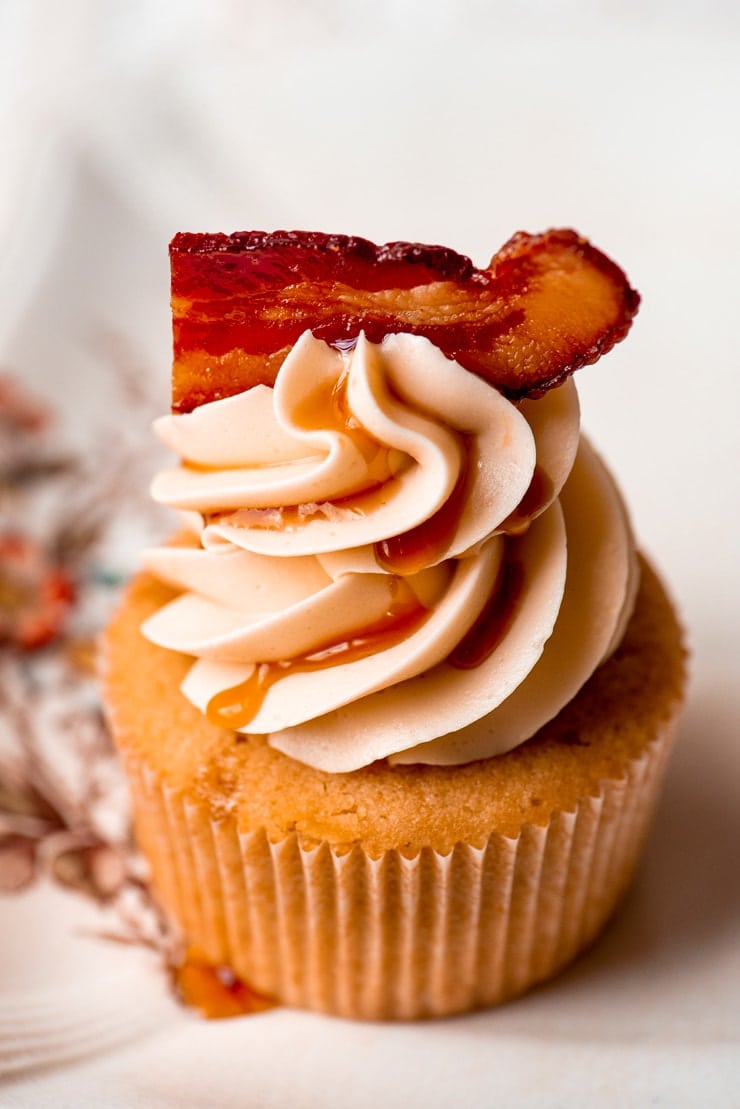 What I’ve learned over the years is that maple syrup flavor can get lost in a recipe. That’s why it’s a great replacement for sugar or corn syrup. In a sea of ingredients, you’ll barely taste maple syrup.

Trial and error has taught me that when you want a strong maple flavor, you have to use dark maple syrup. This strong tasting maple syrup used to be hard to find since much of it was used commercially. 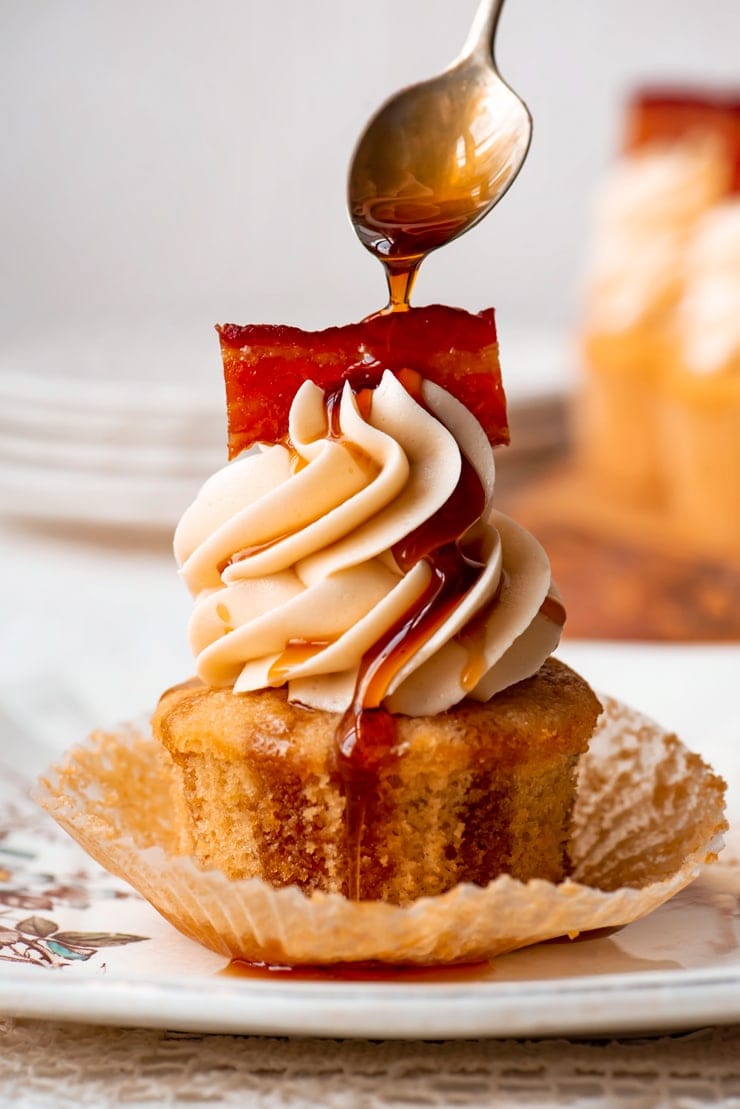 That all changed in 2015 when the maple syrup grading system was changed. The grades used to be labeled A, B and C. It was a confusing system because it made it seem like the A grade maple syrup was somehow better than the B or C grade.

Not so! The grade actually reflected the color and taste of the maple syrup (Fun fact, this also relates to the season when the maple sap is harvested! Later=darker!).

So now the grades are:

For this recipe I used Grade A Very Dark Color, Strong Taste because I wanted a deep, very rich maple flavor. Could you use a lighter flavor maple syrup…sure but the bacon will overwhelm the maple flavor. 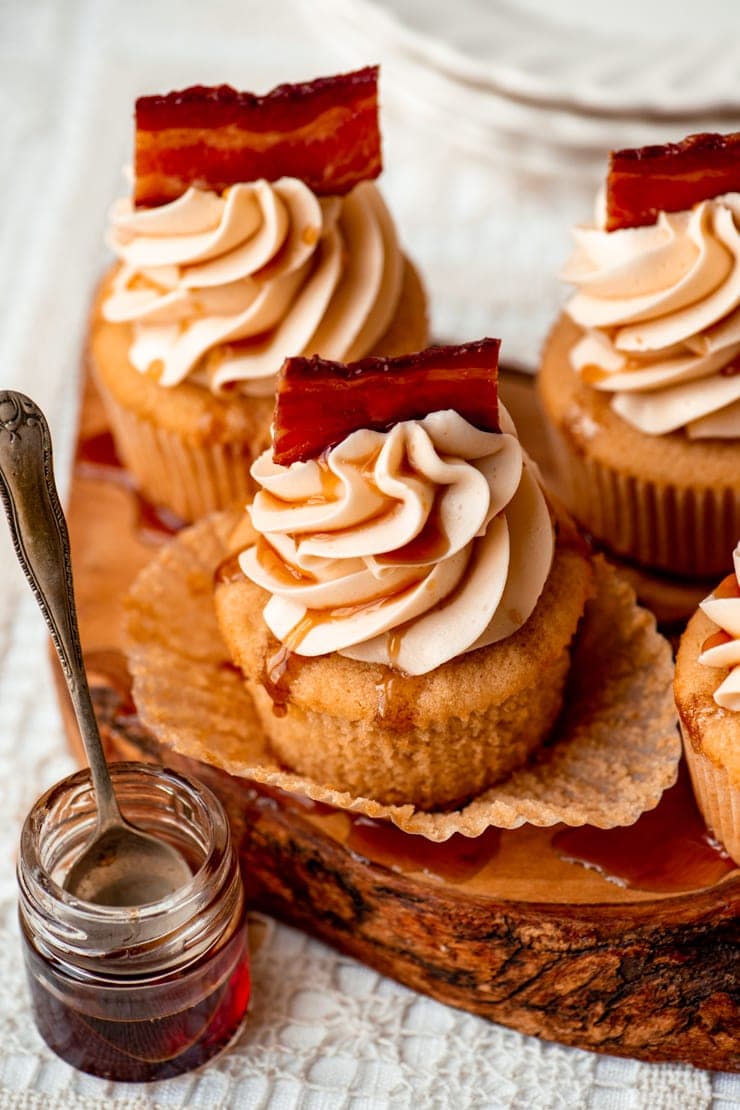 While we’re on the subject of bacon…. these lovely cupcakes aren’t just topped with bacon! There’s bacon fat in the cake recipe too!

Adding bacon fat to the batter makes the cake fluffy and gives it the taste of a pancake breakfast with a side of bacon! Mmmmmm!!!

Then the cupcakes are finished with a maple buttercream frosting and topped with maple bacon. Every bite is full of maple bacon flavor.

They’re sweet, sticky, salty and quite messy! But these maple bacon cupcakes receive rave reviews every time I serve them! 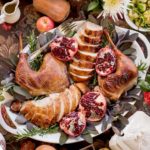 Spatchcock Turkey
Our recipe for juicy, succulent, maple butter turkey is roasted on the grill, giving it a smoky flavor. Learn how to spatchcock, brine and grill the best turkey you’ve ever had!

Maple Walnut Pie
You’ll love this alternative to pecan pie, Maple Walnut Pie! There’s no corn syrup, but instead real maple syrup and a hint of whiskey to spice things up! 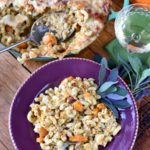