This cozy and flavorful cinnamon coffee is easy to make at home. Serve it with turbinado sugar and whipped cream for an extra special drink! 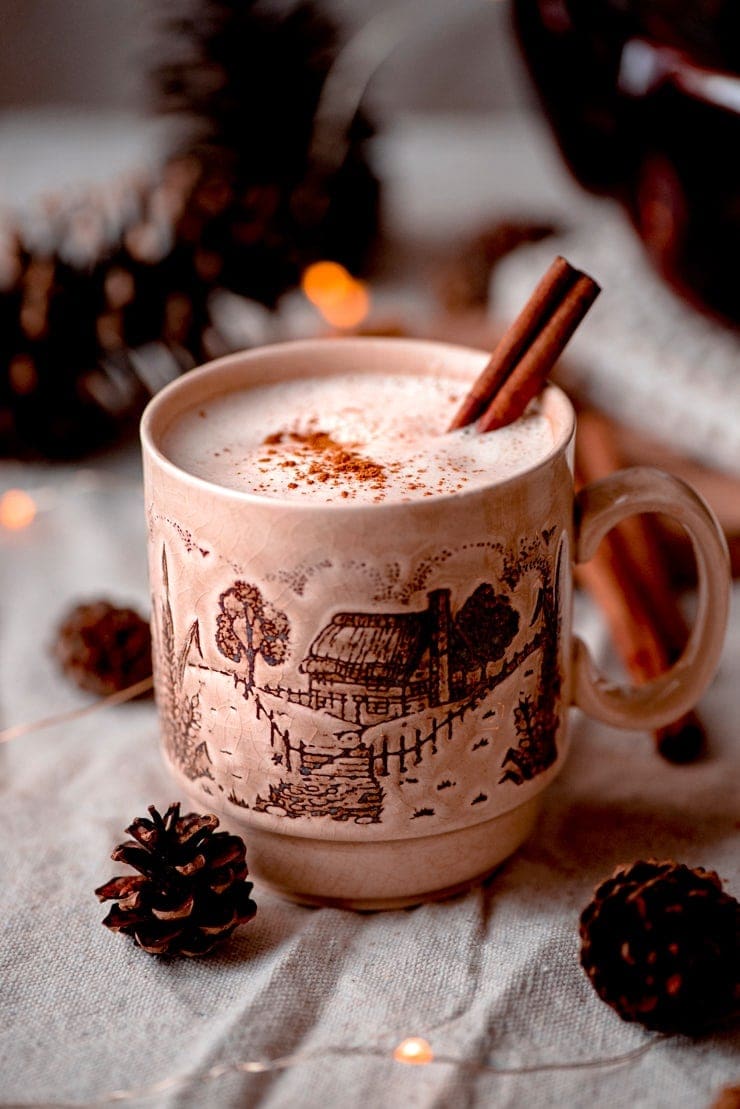 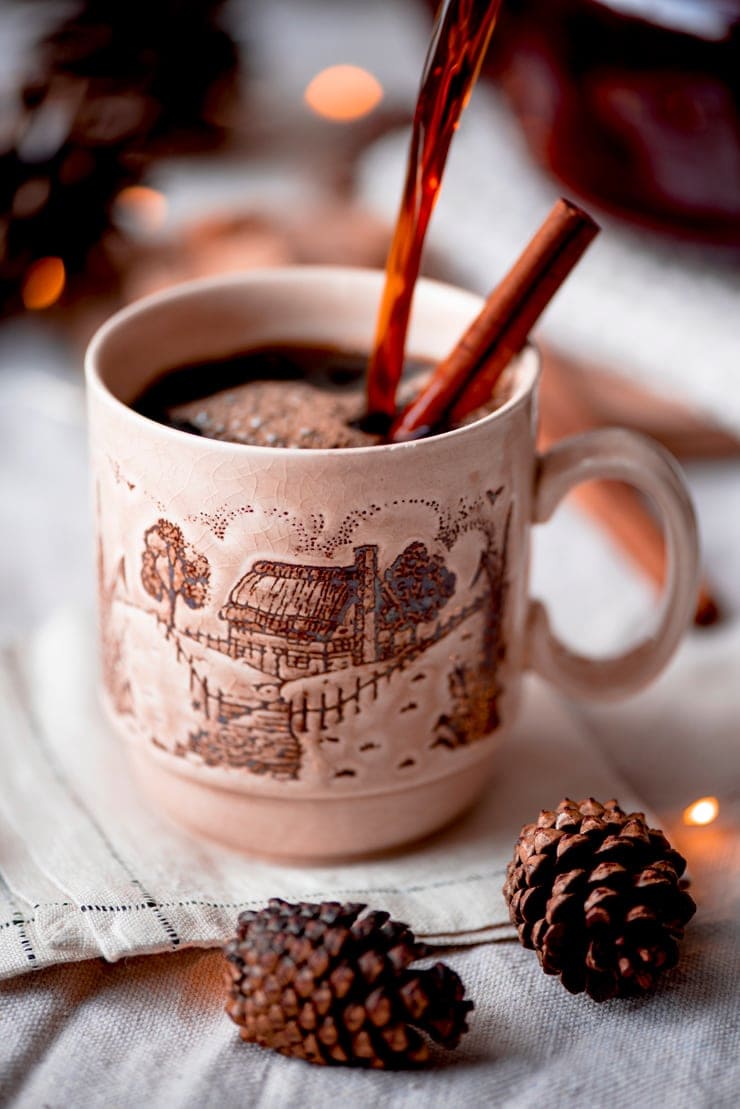 I’m a huge coffee fan. I got hooked in high school and must admit to this day I cannot quit my daily indulgence.

As a night owl, I find that a cup (or two) of joe in the morning is essential. Since I don’t drink it all day, it doesn’t affect my sleep. However as I’ve gotten older, I’ve noticed that the sugar I add to my morning brew can have a negative effect. Sometimes I notice that low blood sugar crash in the early afternoon.

I’m not fond of black coffee so I’ve been trying to cut carbs and eat more protein throughout the day so my blood sugar levels stay steady. Not so fun… 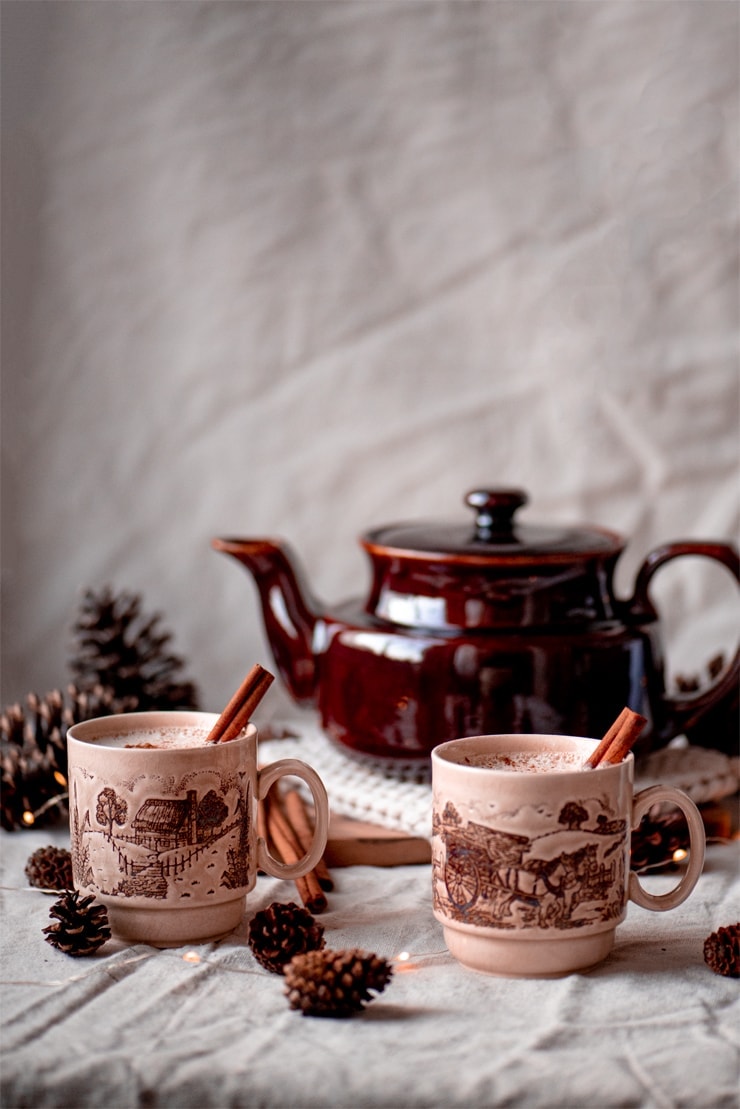 One pleasant way I’ve combated that afternoon crash is by adding cinnamon to my coffee.

Studies have found that cinnamon can help lower blood sugar and fight insulin resistance on top of also being a powerful antioxidant.

Cinnamon is a popular ingredient in my kitchen it’s just as good with savory dishes as sweet. It’s in my butter chicken meatballs, this delicious vegetarian main dish stuffed acorn squash recipe and my favorite Thanksgiving turkey.

Plus, cinnamon is one of those flavors that is good year round. But when the weather turns chilly, this spice indispensable. The scent alone can make your home feel warm.

Could you imagine baking snickerdoodle cupcakes or apple butter pie without it? 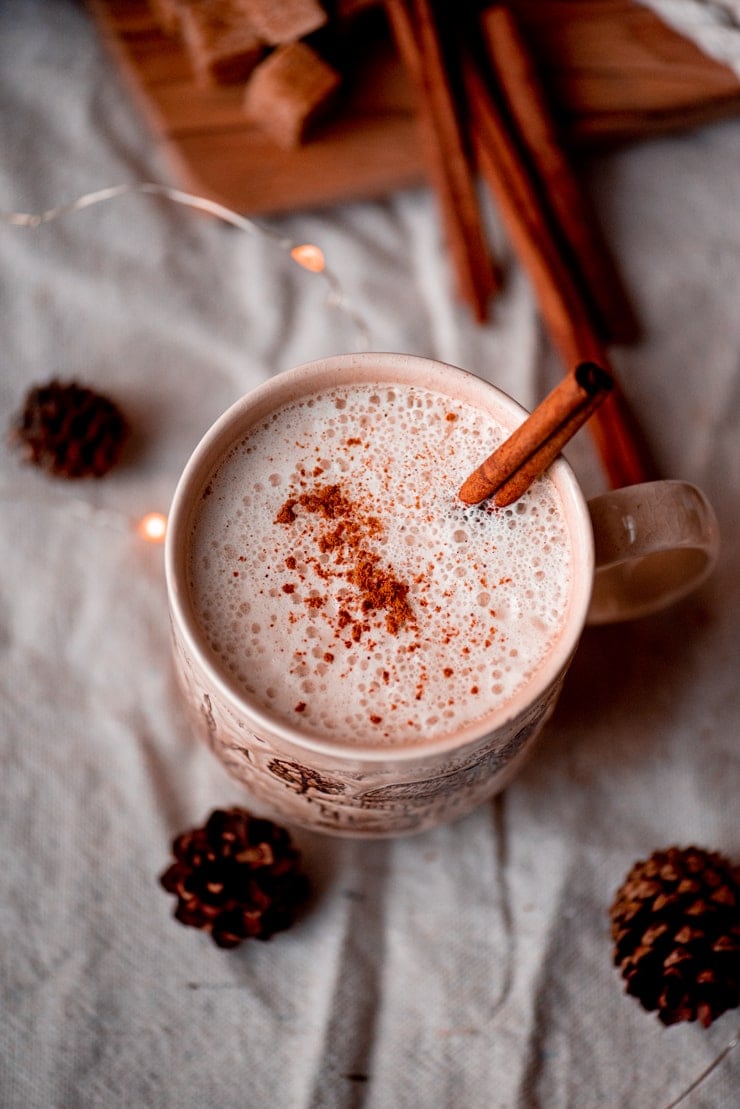 Adding cinnamon to coffee is a no brainer. In the past I’ve sprinkled a little cinnamon into my cup of coffee. It definitely adds to the flavor but can be gritty.

A few months ago I started to add the ground cinnamon directly to the coffee grounds in my drip coffee maker. This method is so easy and the result is a cinnamon spiced coffee that’s smooth and fragrant.

Obviously you don’t have to be concerned about insulin or blood sugar to enjoy this delicious cinnamon coffee recipe. It’s the perfect way to invoke that cozy morning atmosphere, whether it’s Christmas morning or a rainy Monday. 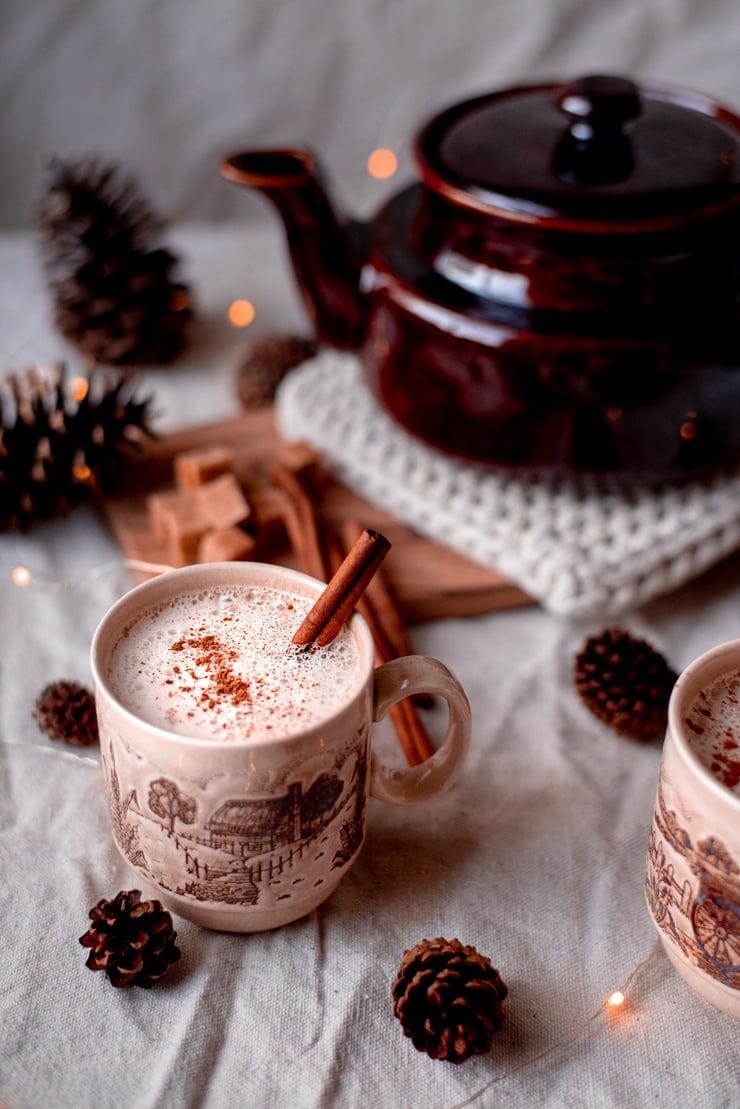 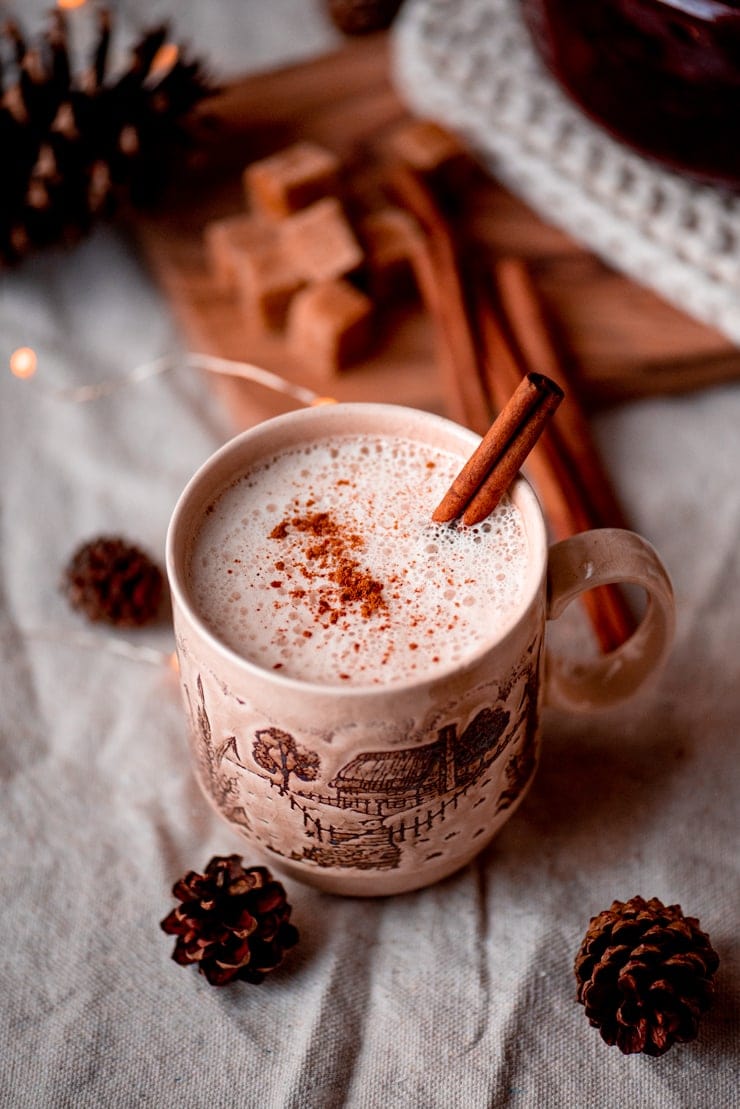 Love this cinnamon coffee? Make sure to check out all our drink recipes! 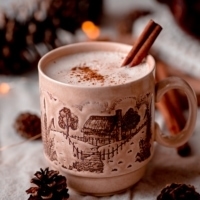 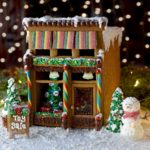