Delicious roasted over an open fire or in a hot mug of cider, these Caramel Apple Marshmallows are a delightful addition to fall gatherings, or excellent as a holiday gift. 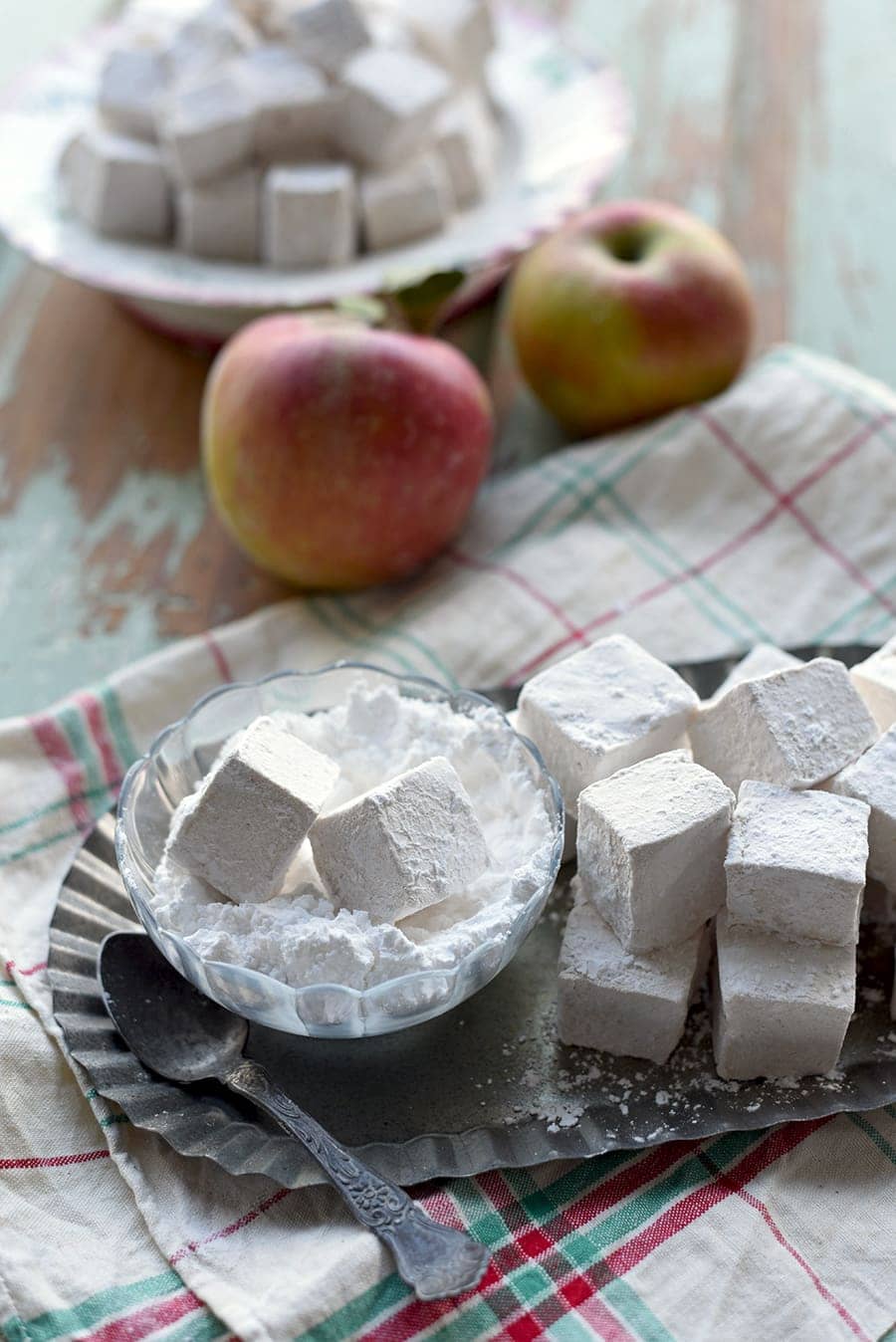 Get the wow factor! Caramel Apple Marshmallows are an easy dessert to make at home. 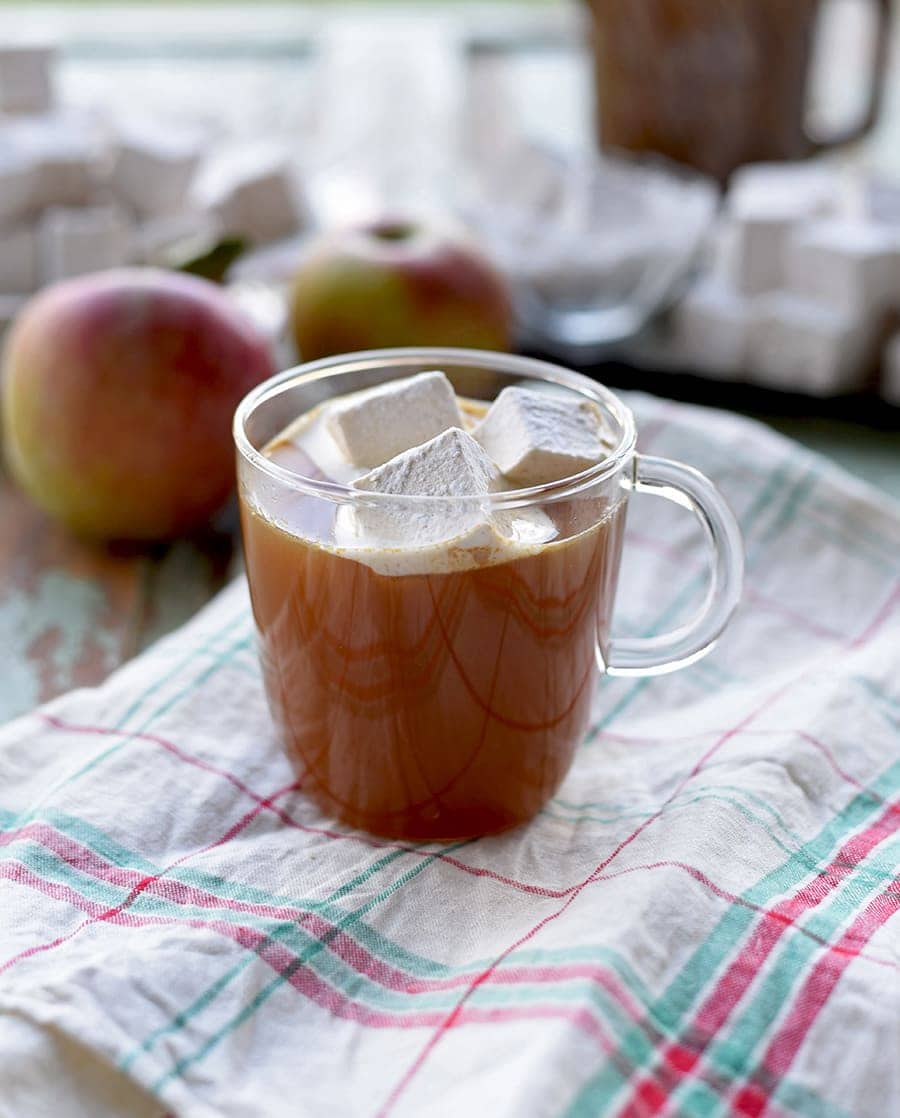 I can wax rhapsodic over tender, sweet marshmallows but you might already know this if you’ve read my posts on Hickory or Spicy Gingerbread marshmallows. To the beginner, this might seem like a difficult dessert, but trust me, it’s a candy that requires little hands on time with lots of wow factor!

They’re so easy that when our friend Ryan was coming for a visit and my house was a hot mess, I knew that this was the dessert to make. First, they don’t require a lot of ingredients and I already had everything on hand. Secondly, this plan allowed for us to go outside to sit around the firepit, thus, removing us from my hot mess house! Win, win! 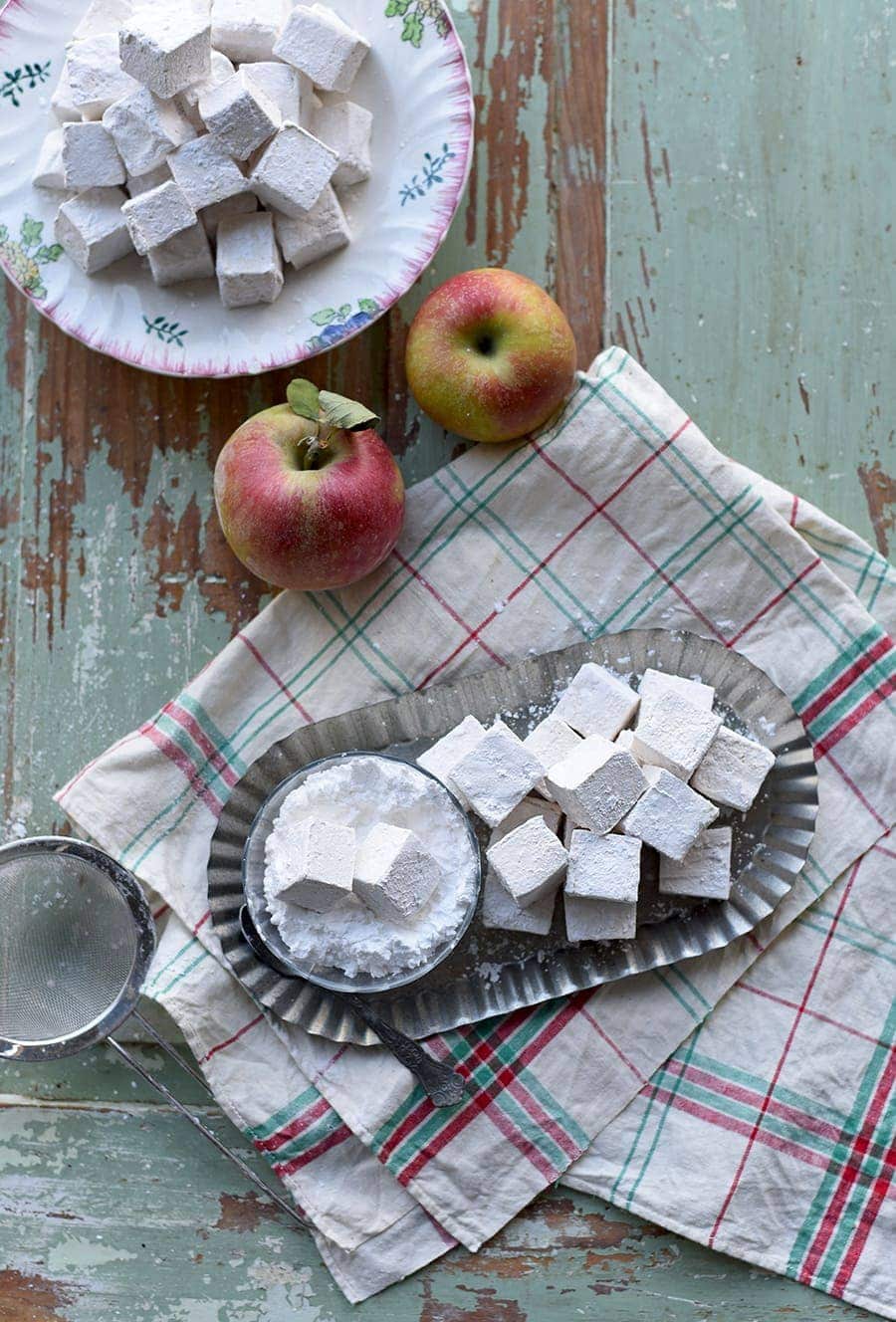 To make these marshmallows seasonal, I went with a caramel apple theme. To do so, I started with a homemade caramel apple syrup made by boiling down apple juice and sugar together. I was probably too conservative with the caramelizing because apple juice is already golden and I didn’t want to burn the syrup. Overall, the first batch turned out pretty well and we enjoyed roasting them. But I wanted more of my signature flavors.

So it just happened that as we were planning what to do with Ryan on Saturday, he mentioned that our other friend Annie had talked about going to Cox Farms with the kids. I had wanted to buy a pumpkin, so it sounded like a plan. I’d never been to this farm, but it’s bordering on amusement park. It’s got the typical stuff like hayrides, corn mazes and farm animals, but just about everything has a campy, theatrical bent.

Beyond the norm, there are slides, both large and small, live music and in truly WTF fashion, Foamhenge. This kitschy replica is made of styrofoam and just relocated to Cox Farms this season. It pales in comparison to seeing the real thing this year, but it was still one of those weird things you check off your list like the giant teapot or biggest ball of yarn.

The farm was cute, but if Annie and her husband Jake didn’t have adorable little ones, it wouldn’t have been as much fun. Seeing the farm through the kids eyes made the experience larger than life. If you don’t have kids, and want to visit this farm, it’s worth it just for the apple cider donuts. They were warm, had a tender crumb and rolled in just the right sugar and spice blend. And of course I washed them down with apple cider. Amazing! 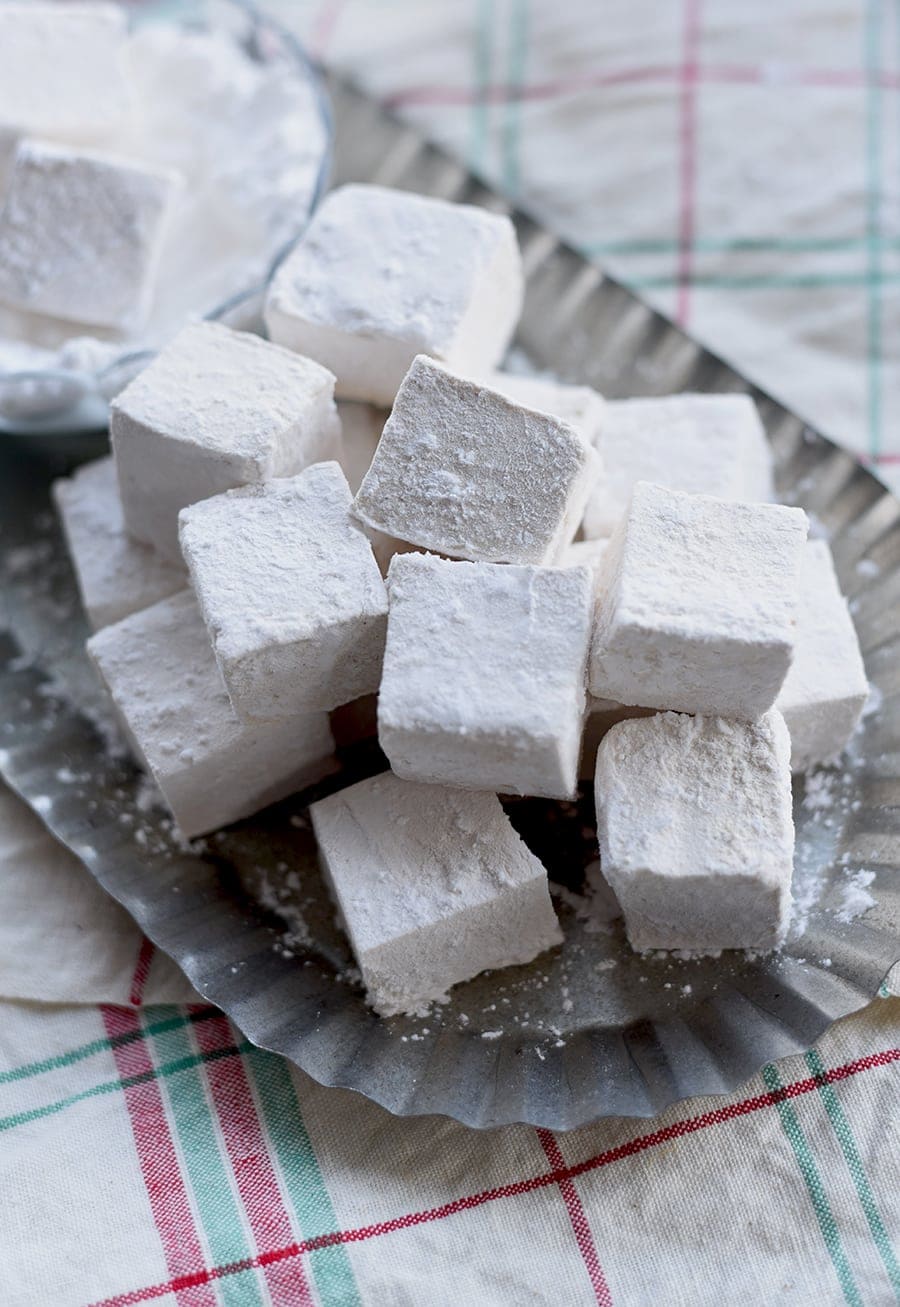 As I was eating the donuts, I realized that I needed to use boiled cider for my caramel apple marshmallows. So we went home with a gallon of cider and I revised the recipe. This time, I boiled the cider by itself and made the caramelized sugar in a separate pan. Yes, one extra pan to clean, but I didn’t have to worry about burning the sugar or whether there would be enough apple flavor.

After waiting for them to set up (usually at least 6-8 hours) it was finally time to sample the new batch. Ummmm… soft, scrumptious, tasty success! The flavors were more intense and I had leftover cider so you bet I heated up a hot cup of cider to taste this new batch of marshmallows! 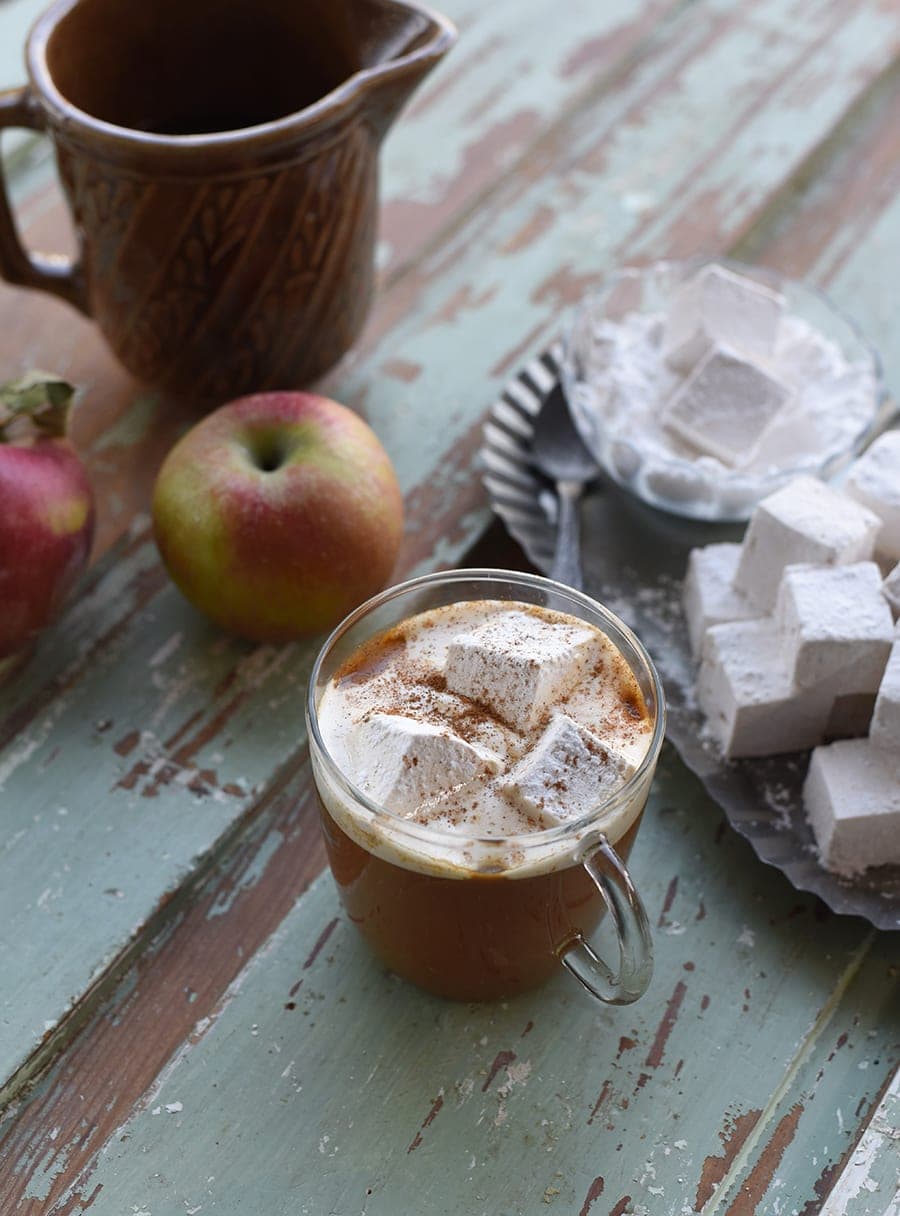 So insanely good! The caramel apple marshmallows melt in the hot cider, making a delicious foam. Plus you know I added an extra pinch of cinnamon. Of course, the marshmallows are great roasted too! Not sure how they would mingle with chocolate in a s’more but I know they would be great on a Thanksgiving sweet potato casserole.

Or, crazy idea, you could just eat ’em plain! So I’ll leave you to decide how to enjoy this marshmallow recipe. 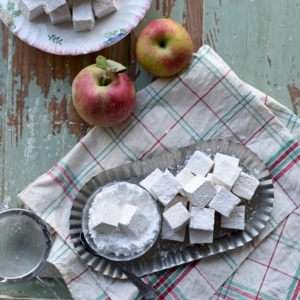 Don't discard the marshmallow edges. They aren't pretty, but still tasty. Add them to coffee, brownies or sweet potato casserole. 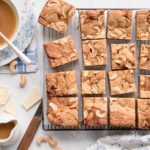 Salted Caramel Blondies
Our recipe for salted caramel blondies layered with chunks of white chocolate and cashews is truly magical! 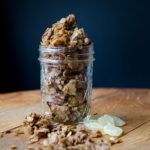 Gingerbread Granola
This Gingerbread Granola is super easy to make and great for snacking, yogurt parfaits or as a thoughtful homemade gift. Gingery, sweet, crunchy, nutty and so good, you’ll want to eat this granola all year long! 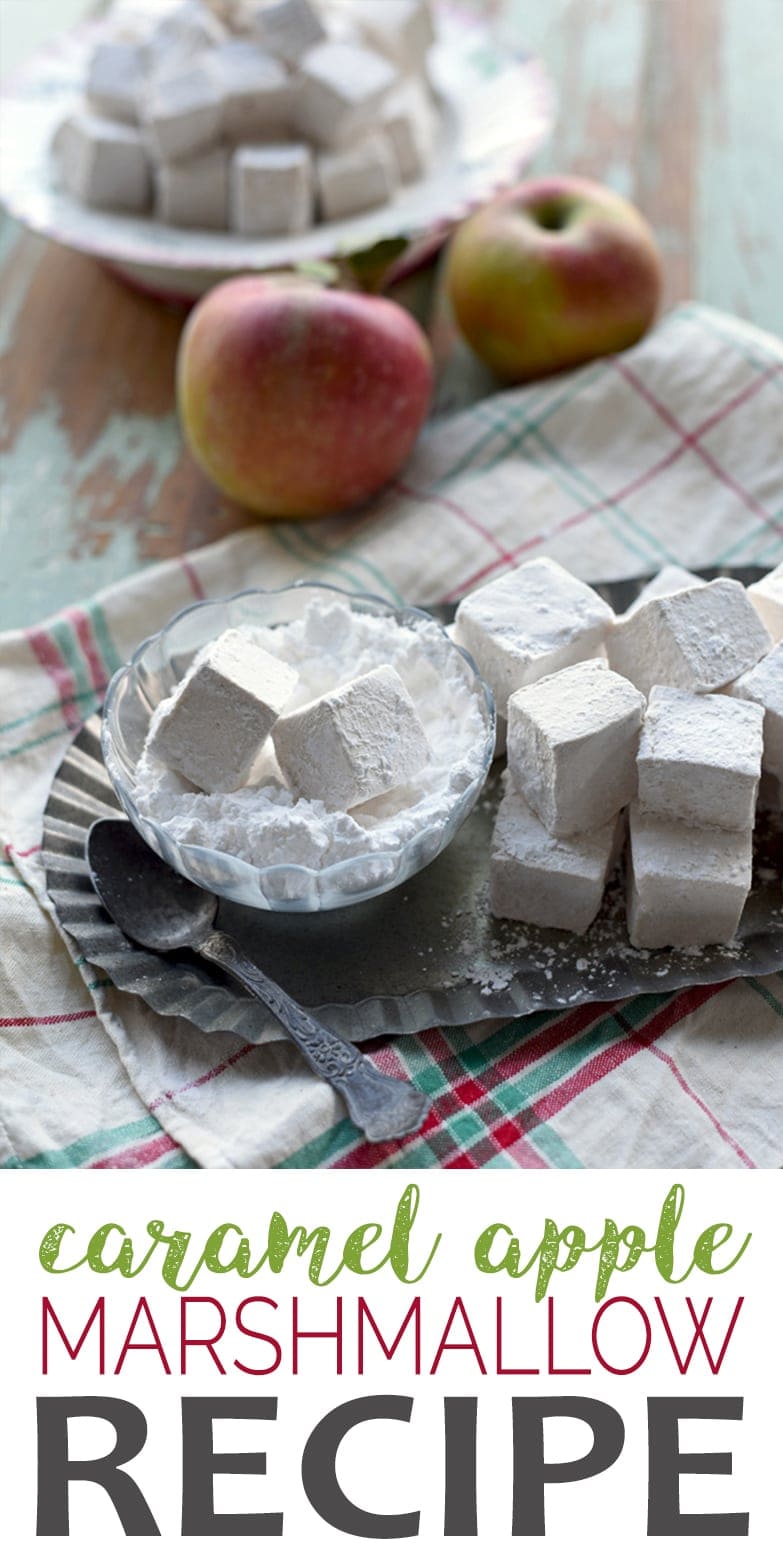